We’ve reviewed a blank rectangle-shaped Embrite morale patch, which is a favourite among customers simply looking for a powerful glow.

If you fancy an unusual design, you may like this tactical unicorn glow in the dark morale patch. It’s 3.5″ by 4.5″, slightly larger than the Embrite model, and it fully glows, except for the dark parts of the gun carried by the armed unicorn (Why would a unicorn fire a gun? Well, why not?).

If you’re a unicorn fan – and that’s a trendy topic – this might be the perfect morale patch for you. And apparently it has an audience of unicorn geeks, as confirmed by the reviews. “How freaking awesome is that” says a satisfied customer. “it’s dope (and glows in the dark)” says another one.

As the saying goes, there’s an audience for everything on the web, even angry unicorns holding an AR15…

Why is this unicorn morale patch a great glow in the dark product?

the beast glows in the dark

What people love about this unicorn patch?

Tips to use this unicorn morale patch 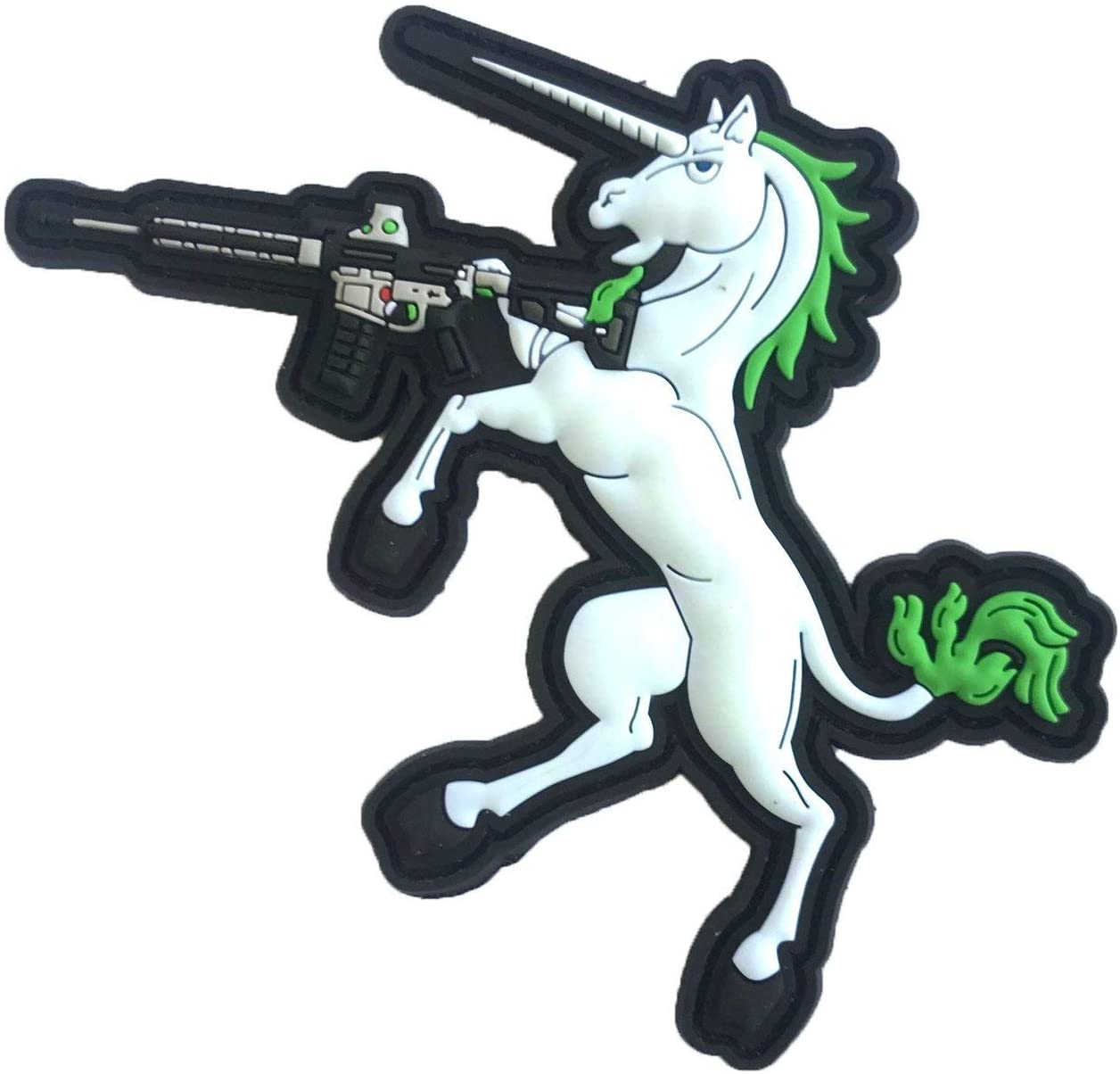 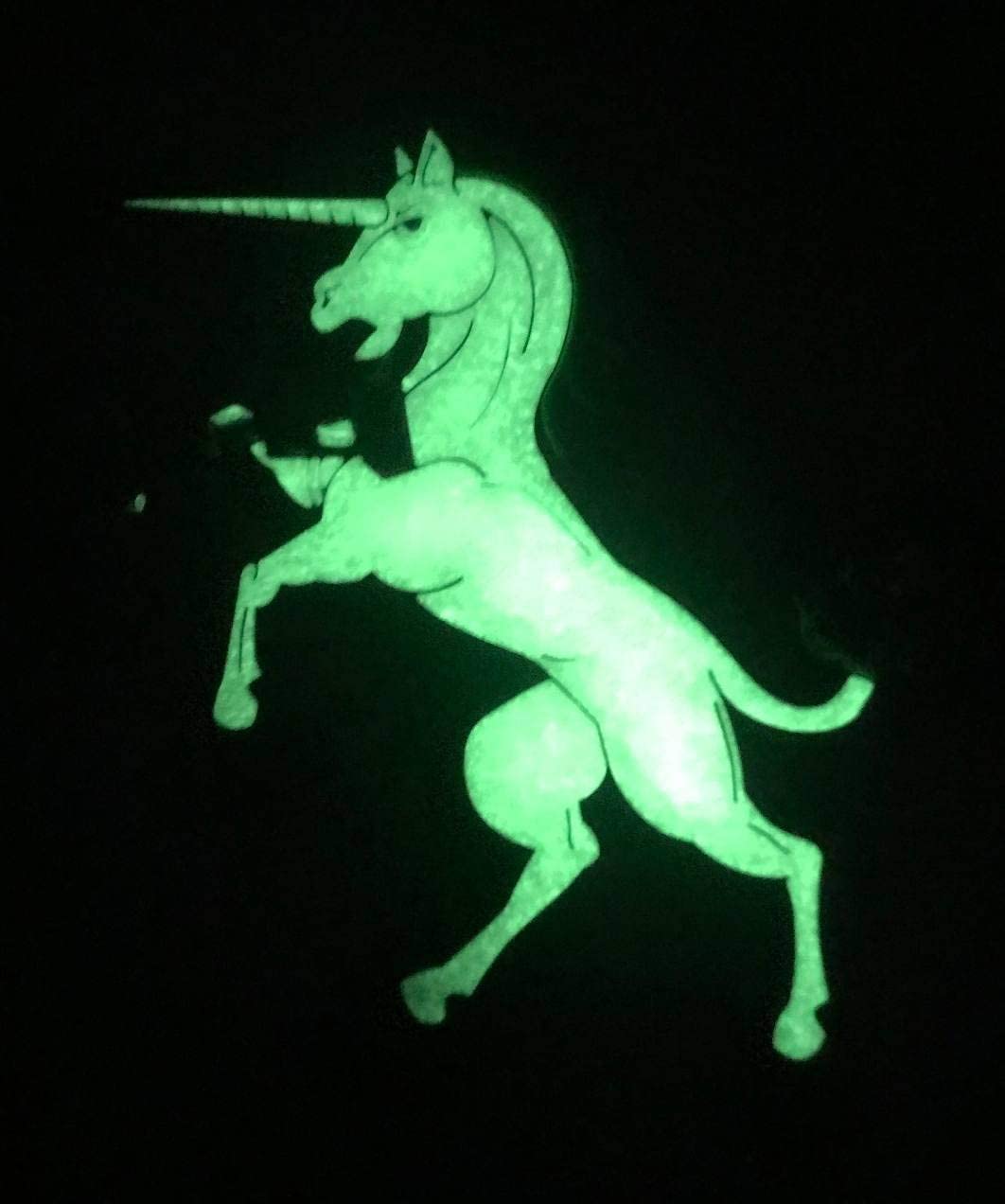 If you’re looking for an original unicorn glow in the dark morale patch, you can find this novelty item on Amazon.