You will get what you’re expecting: a 2.8″ x 4.4″ glowing skeleton middle finger. The patch is white when in day light and glows green after dark (if you’ve exposed it long enough to sunlight or room light).

You can attach it to jeans, jackets, vests, hats, bags & more, basically any fabric surface. You could even stick it to other surfaces, anywhere you want to display a glowing middle finger.

You don’t even need to sew the patch to clothes since the backing is covered with heat seal glue. Just iron it on and it will stick, like magic.

The seller says that it’s safe and non toxic, washable and durable. This middle finger will shine for hours after being charged with light.

Why is this middle finger morale patch a great glow in the dark product?

it simply glows in the dark

What people love about this middle finger patch?

Tips to use this middle finger morale patch 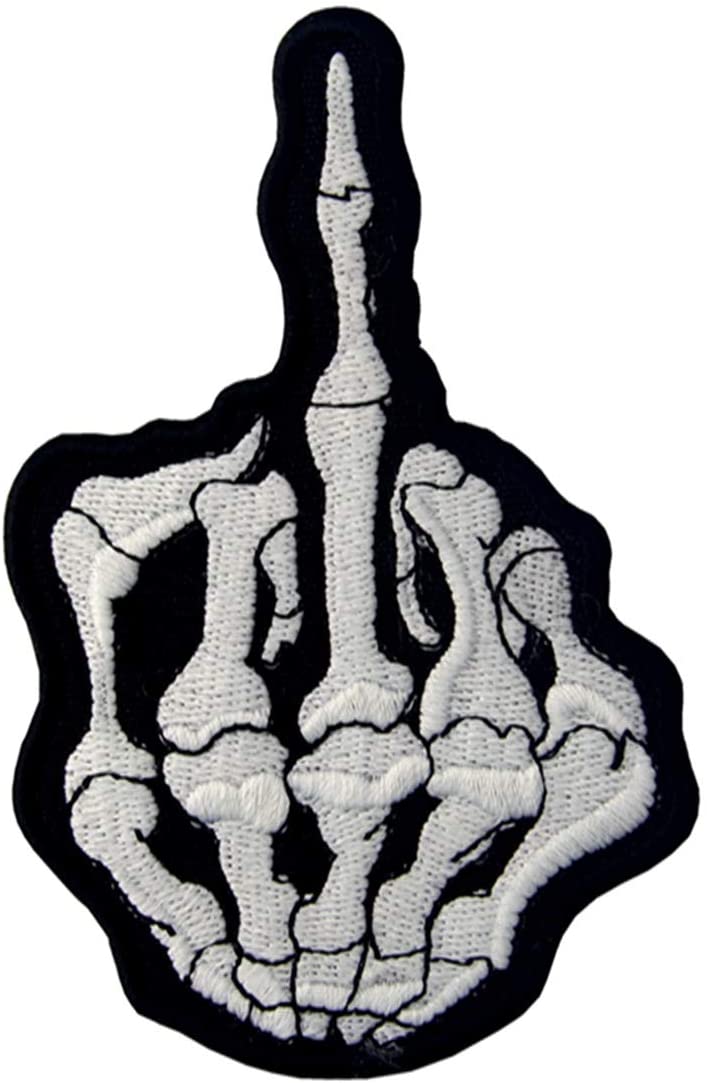 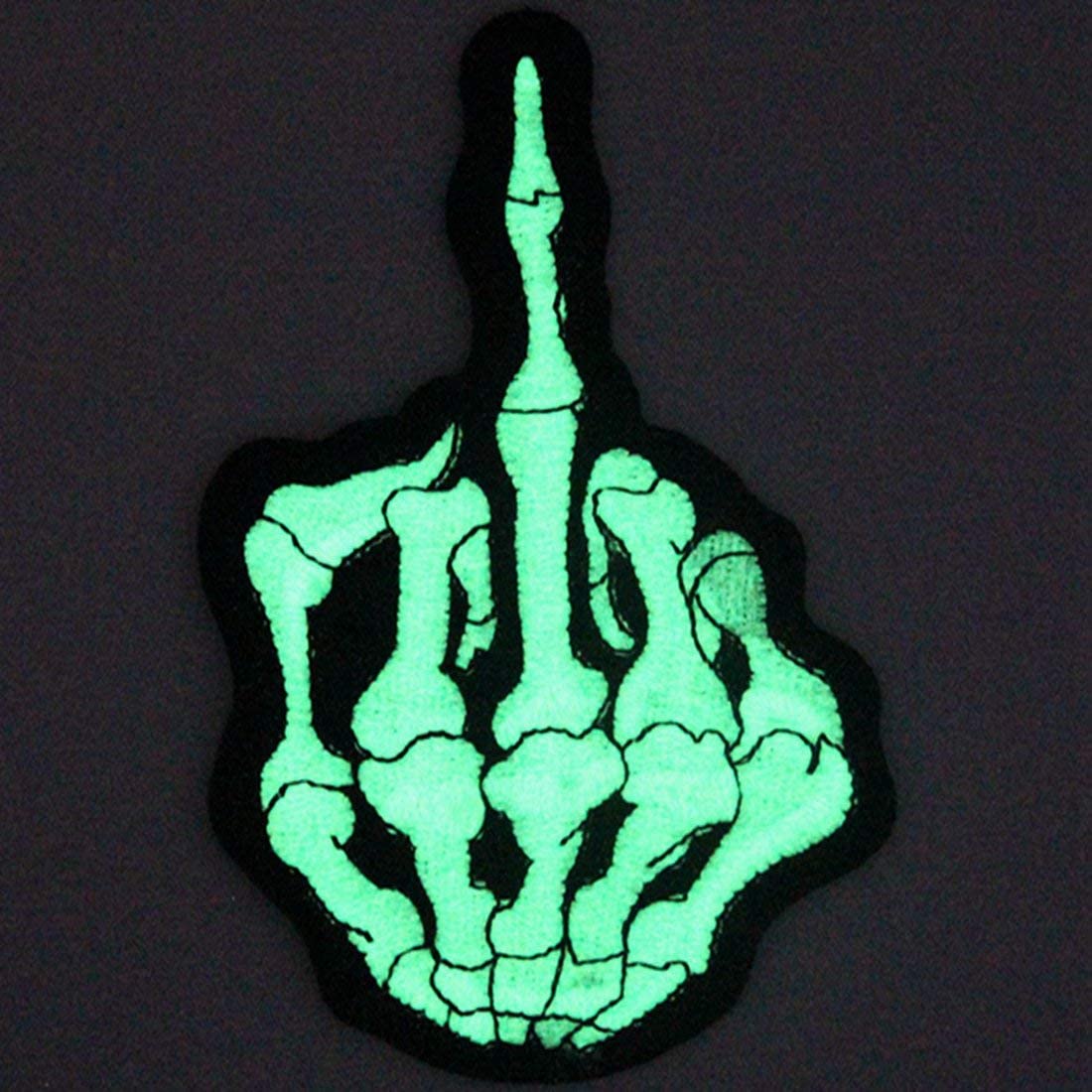 If you’re looking for a glow in the dark middle finger morale patch, you can find this novelty item on Amazon.